Now let’s get into the points that each debater stated to support their perspective:

Cellphones should always be banned in the classroom:

Kendall did a great job both throughout her video, the debate, and the resources she supplied to the class. Kendall’s points are summarized as follows:

Cellphones should never be banned in the classroom:

Cody made very strong arguments to support his side, however, he also received some backlash to what he had to say. No one disagreed that the use of cellphones can enhance learning in the classroom, however, many points were suggested that may limit how beneficial cellphones in the classroom truly are. The first limitation looked at how not everyone in the classroom will have access to a smartphone or even a cellphone to do the lesson or activity. This puts these children at a disadvantage from the rest of their classmates. Reflecting on my own experience our school did not have strong enough internet for all the students to be on the wifi so they locked the wifi up so only the teachers and administrators had access. The only choice the teachers had if they wanted to incorporate cellphones into the classroom was to rely on the students to use their own data or to not use the cellphones at all. The other critique that was mentioned was how do we manage the use of cellphones in the classroom? This is a question I was also very curious about as in our school we had those phone parking lots however, they ended up not being used because not all teachers implemented them in the classroom resulting in the students looking at the parking lots as an option. Kaytlyn also reflected on this stating that having school-wide consistency is a very hard goal to reach. Ashley her perspective stating that her brother has these parking lots in his classroom and it would work for the first week and then it would slowly become an issue again. However, Cody gave many articles that gave examples of how teachers could manage cellphones in the classroom. As mentioned above some schools resort to having cellphone parking spots designated in the classroom or simply allowing students to leave their phones face down on their desk. Lastly, this article states the importance of integrating respectful cellphone use into the curriculum to teach students to use their cellphones in an appropriate manner whether it be in the classroom or at their job.

Allowed Only in High School:

Now that we have an understanding of the pros and cons of cellphones in the classroom, we can now take a look into why Tianna believed cellphones should only be implemented in the high school grades. Just like the two other debaters for the week Tianna gave some very important points which lead me to critically think about what side I would fall under. Let’s take a look at Tianna’s main points she stated to support her argument:

Not In Elementary School: 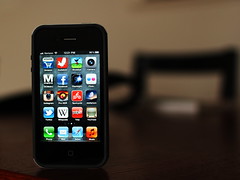 As we have seen the debaters this week did a great job in defending their sides. During the class discussion, many of my peers also made some valid points that need to be considered when determining if cellphones should be allowed in the classroom. The first point that really stood out to me was when Lauren asked the question of how far do we extend this rule of no cellphones? Is it just in the four walls of the classroom? The time period of the class? Or once outside of the classroom cellphones are free to use? These questions would have to be determined by the teacher and the staff of the school. Another factor that must be considered is the parents take on the topic. Some parents will argue that cellphones are hindering their child’s learning and some parents will want their child to have their phone on their person at all times in case there is an emergency. So how do we come to an agreement of what the rules in the classroom should be if parents are not supporting our rules? Kaytlyn and Aurora also commented on how cellphones in the classroom are hindering socialization in the schools and between individuals. Aurora specifically stated that if we integrate cellphones into the classroom are we teaching children to rely on their phones too much instead of forming those basic communication skills that will help them in society? Lastly, there was a lot of discussions about blaming phones being a distraction, however, if we notice our students are constantly on their phones during instructional and work time we as educators should maybe take that as a hint to reevaluate our own teaching methods and form new methods that suit our student’s interests.

To conclude, I have never felt so in between on a debate yet! I believe all of the debaters have given excellent points to defend their side and with that, I am finding it a challenge to understand where I fall! I believe that cellphones can be integrated into the classroom, with certain guidelines in place. It will depend on the classroom dynamics (whether individuals have access to their personal devices), and the rules to how students can use their cell phone in the classroom. I do not think that cellphones should be limited to high school students because by the time they reach high school students could have gained bad habits and formed negative digital identities that will stick with them for the rest of their life. With that, I think it is important to begin incorporating cellphones and other forms of technology into the classroom in the primary years understanding that we live in a society that is immersed in technology. Cellphones are never going to disappear and with that, I believe it is a crucial part of our education system to teach both the positives and negatives to using a cellphone and being present online. Overall, I think this decision will have to be made each year by the teacher after they evaluate their student’s accessibility to these devices to conclude if they believe that cellphones would benefit or hinder their classroom teachings.

2 thoughts on “Cellphones in the Classroom: The Good and the Bad”

This site uses Akismet to reduce spam. Learn how your comment data is processed.